White Men Need to Shut the F@#$ up about Racism 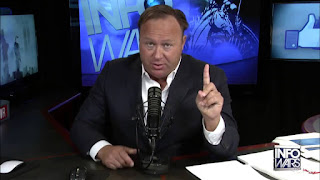 Whenever the subject of racism comes up in a mixed audience, especially on the Internet, there always seem to be plenty of white men ready to chime in with ridiculous opinions about why we all just need to get over racism. This article is for these guys.

Also, not that I think it matters much, but for the sake of full disclosure, I am a white man with a mixed race son. He sees the ugly face of racism on a daily basis. Also, I have no credentials that grant me some higher understanding, though I am an educated fool who is incessantly learning more.

“The Title of Your Article Is Racist!”

With the way men’s minds work in general, “racism” is often defined in the broadest sense: “the recognition of the existence of different races” or “treating people of different races differently because of their race.” When one defines racism that broadly, it is easy to throw your hands up and give up ever fighting racism. After all, how can you talk about helping a minority group if simply talking about helping a group is racist?

Defining racism in this way is not helpful. That’s why it isn’t used that way and isn’t defined that way in most dictionaries. Instead, it’s generally defined as “the poor treatment of people based on their race.” Racism against white men is possible, but it is rare and ridiculous to raise a fuss over it when you understand that white men continue to hold all of the cards when it comes to power, wealth, and decision-making.
“Slavery Ended 150 Years ago,” “But There’s Affirmative ‘Blacktion,’” “We Have a Black Presidents,” etc.

First of all, most Americans are against racism and want us to be able to move on with equality for all races. For many white dudes, especially those who do not have American slave owners in their family tree, it is hard to understand why we can’t say, “Hey, racism was something in the past. But now, it’s done.”

It doesn’t quite work that way. When slavery ended, the logical thing to do to set things right would have been to pay the slaves for the work they and their ancestors provided (commonly called “reparations.”) This would include giving the freed slaves a significant amount of land. In practice, there were some laws passed that technically offered freedom of opportunity, but many of these laws were not enforced until over a hundred years later.

So, for most of the 150 years since the adoption of the Thirteenth, Fourteenth, and Fifteenth Amendments, there have been several forces working against economic equality.

Affirmative Action was introduced in the early 1960s to help correct the economic inequality, but this has been gutted by court decisions and conservative backlash ever since. The white men in power love to cry, “It’s reverse racism!” The election of Barack Obama has only emboldened those who like to think racism is over. Terms like “arrogant” and “thug” are now thrown around like “uppity” and the N-word once were.

But that’s beside the point, the bottom line is that until there is equality in the United States - equality in schooling, economic opportunity, incarceration rates, health care, etc. – us white dudes can just shut up about racism being over or others getting over racism. These guys crying oppression over “white racism” are the same ones telling African-Americans to stop “playing the victim.” It is hypocrisy.
We like to think of the United States as being free and the land of opportunity: we all start at the same place in the 100-yard dash of life, and we all win something at the finish line. Yet, in reality, some of us grew up in neighborhoods with better educational systems, our parents had more money to provide for us, we didn’t have to raise our younger siblings while our parents worked, etc.

In reality, some of us are getting a 90-yard head start in the dash due to generations of economic stability and due to having a stable support system. And, in reality, at the end of that 100-yard dash, the winner gets whatever he wants, and the loser goes to prison.

“But This One Black Guy on Fox News Said…”

I just wanted to address this argument real quick because people love to point to some guy somehow representing an entire race. Does David Duke speak for you in any way? He is a white leader. Doesn’t he speak for whites? I don’t think anyone would say he does. So, the next time Fox News finds a black guy to trumpet their views, do not assume that this is anything other than propaganda. Also, get your news from somewhere else. Jesus.

In summation, if you are a white man who truly wants to end racism, the best you can do is check your privilege and help marginalized groups. We’re all in this together. Let’s do what we can to give everyone as much opportunity to succeed as we can.