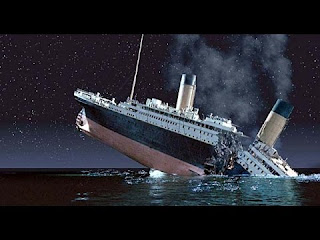 In the interest of promoting literacy among groups that are not noted for their reading proclivity, I will occasionally write reports about books I’ve recently read. I write in a manner that is accessible to people from all walks of life, but especially teenagers.

I learned about Dead Wake while peeping the New York Times Bestseller List. It had been on there for a couple years or something, and I figured that the hundreds of people out there that still buy books can’t be wrong. They weren’t.

Dead Wake was written by Erik Larson, a journalist who is perhaps best known for The Devil in the White City. I haven’t read it, but my mom keeps telling me it’s great. Larson’s life is pretty boring. He grew up in New York and still lives there and went to college and worked for newspapers and wrote books. That’s about it. No interesting backstory.

Dead Wake is about the sinking of the Lusitania on May 7, 1915. This event is commonly credited as leading the United States into World War I, even though we didn’t really join that party until two years later.

Dead Wake jumps around between what people were doing on the boat, life in the German submarine that sank the Lusitania, President Woodrow Wilson getting over the death of his wife and moving on to wife #2, and some secret room in Britain where they stole German secrets. It covers the events leading up to the voyage, including the start of WWI, up to the aftermath of the Lusitania getting torpedoed and the pointing of fingers and such.

This is a light read. I’d recommend brushing up on your boat jargon early on so you know where the bow (front), stern (back), starboard (right), port (left), hull (bottom), and all those other boatly things are. But, overall, Larson does a good job of explaining confusing concepts and dumbing it down for us Neanderthals. I’m a slow reader, and the book took me about twelve hours to read.

The name Lusitania rang a bell, and I knew it was the ship full of Jewish refugees that the United States turned away during World War II, but I didn’t know the specifics. So, Dead Wake did bring to life a mildly important event in world history. I think the most interesting part was that both Germany and Britain wanted to drag the US, which was strictly neutral at the time, into the war. Also, it made it clear that the Lusitania wasn’t really a neutral ship: it was carrying ammo to British troops.

This is great summer reading. I’d recommend it to both port and starboard-handed people as well as those who are on the spectrum who like novels but who also like learning. I often feel like novels are a waste of my time because I’m not learning anything. I’m just getting entertained, but Dead Wake was edutaining. Plus, it will help you ace the WWI section of your US History class. That’ll show Mr. Frederickson!

The only reason I didn’t give Dead Wake a higher rating is because it didn’t change my life, but it did give me a lot of interesting information. If this is a 6.5, then the hit movie the Titanic is a 5. As far as sequels go, the name is terrible. It should be called Titanic 2: The Titanicking or Titanic 2: The New Batch. Despite its naming inadequacies, Dead Wake is much better than the original. The ship is even bigger and even more unsinkable. There are evil Germans. The love story involves the President of the United States instead of some pauper boy.

Read Dead Wake now and impress the girls at school with your World War I knowledge.
Posted by Lansing Foodies at 8:00 AM