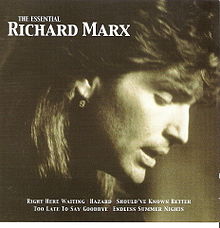 In the interest of promoting literacy and intellectual development in teens, this book report will be written in a language and vernacular that appeals to that demographic. I encourage you to share this report with that special teen in your life. Tell them to imagine that it was written by a guy sitting backwards on a chair.

Check it. I picked up The Essential Marx from my local library. Libraries have gotten really cool these days. I have no clue how to find books I want at the library, so I just look everything up online and place holds. Then, they look for the book for me, and I just go in and check out the books that say “Brains” on them. Anyway, I picked this book up because all these smart dudes were always talking about Karl Marx. I wanted to know what he was about, and the library search engine said this was his most popular book.

At first, I thought Marx was one of those Marx Brothers from the old movies, but he is not funny at all, and his first name does not end in “o.” Instead, this brohime (1818-1883) is one of the most controversial characters in modernish history. He was a German who spent much of his life in London when things got too real in Deutschland. He is basically considered a journalist, philosopher, revolutionary socialist, sociologist, and economist.
Overview

The first quarter of the book is the editor going on about how much of a hard-on he has for Marx. The editor is some dude named Leon Trotsky, who is famous in his own right as a Marxist revolutionary, Soviet politician, and founding the Red Army. He even has an –ism named after him: Trotskyism. He was eventually murdered soon after editing this book for being too bad ass. Anyway, the opening is essentially Trotsky putting the book in the context of the current world, which was over 75 years ago.

The rest of the book is an abridged overview of Marx’s most bodacious work, Capital, only without all of the examples Marx provides in the original. There are a lot of examples used to explain Marx’s complicated and probably unnecessarily confusing ideas, but most of them take place in 19th century England. Marx tells us all about how the rich capitalists are bad, and the workers need to pool their labor and tell the capitalists to go take a hike. 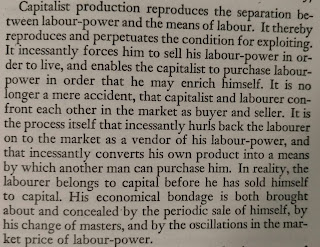 The part that Trotsky wrote made some sense to me. He gave a lot of examples of Marxist theories at work in the United States, and I know a bit about American history. The Marx parts are really confusing and boring. He uses weird terms like labour-time, labour-power, and surplus-value, and I’m just sitting here yelling, “SAY WHAT YOU MEAN!!! USE PROPER ENGLISH!” It was hard to get through. Thank Kanye it was short! I’m a slow reader, and it took me about six hours to read the whole thing.

Since it was written in confusing language that a boring professor would use, I probably didn’t get as much out of it as I could have. I think I am going to read a more accessible book on socialism and communism next. But, there are some interesting concepts I got from it. For example, hear me out, capitalist fat cats basically just want to collect as much capital, or moola, as the possibly can. They don’t give a fudge about the laborer. They just try to squeeze as much work and productivity as they can out of workers. They also want to take all of the land and natural resources. Capitalism really sucks, yo.

I would recommend this book to really smart people who want to learn about Marxism. If you’re dumb, this might be a good sleep aid. It put me to sleep faster than Ms. Trample’s third-period geometry. Am I correct?

Dude covers a lot of really interesting stuff, but it’s too confusing for me to get. So, if I can’t make sense of it, it’s hard for me to say it’s that good.
Posted by Lansing Foodies at 8:00 AM