All Facts, Findings, and Research Should Be Presented as Internet Memes 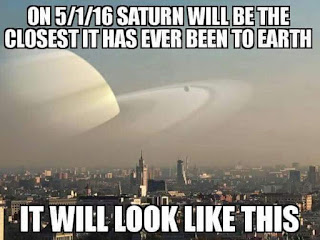 Let’s face it. These days, nobody has time to find links, click on them, and spend hours reading articles. And, when it comes to actual research studies, even scientists rarely read the peer-reviewed journal articles, and the layperson never does. It’s time we cut our losses and present all facts, findings, and research as handy internet memes that people can easily share on social media.

When I refer to “Internet memes,” I’m not referring to the classical use of the word “meme,” which is an idea, behavior, or style that spreads from person to person in a culture. I’m referring to the pictures with witty or funny captions on them. Sure, the ideas they express may spread from person to person, but for the most part, they are disposable images that are viewed for a second and quickly forgotten. Despite their simplicity, misinformation, and ability to be created by anyone, they are proving to be quite effective at getting one’s point across.
As for facts, findings, and research, I’m referring to both hard scientific and soft scientific research. This includes biology and physics, psychology and sociology, Reuters polls and Pew research, and so on. Anything that gives at least a nod to scientific rigor.

The Current State of Things

Right now, Internet memes rarely have any truth to them. They are either presented purely for entertainment purposes, or they are trying to make a point. When a point is being made, Internet memes usually rely on some logical fallacy to go for the “Gotcha!” effect or to trick you into agreeing with their way of thinking. Facts are never backed up with citations. Despite these shortcomings, Internet memes continue to be popular on social media, comments sections, and internet discussion forums.
On the other hand, no one cares about research. Academic research is usually presented in a long, dry peer-review journal article that might get a handful of readers, who are all academics as well. If the information is truly groundbreaking, then it will be mangled by someone who doesn’t understand it and presented in a mainstream article. This will get a few thousand clicks. This is also true of the surveys done by news outlets and think tanks. There is some value here, but it takes too much work to digest it.

The obvious solution to these problems is to present research in Internet meme form. This stands to benefit everyone. Social media users and commenters will have easily-digestible facts and research to back up their points, rather than simply flinging poo. And, researchers will reach a broader audience.

Plus, down the road, researchers and scientists will not have to go through all the trouble of actually conducting studies, and the government won’t need to waste money on grants and unnecessary research. The academics can simply create Internet memes demonstrating their gut feeling (or hypothesis) and spread that. After all, when it comes to Internet memes, no one is going to fact check you. And, even if someone does point out that your Internet meme is a lie, you can simply say, “Who cares? I still believe it!” You can’t argue with that.