The Argument for Arguing on the Internet 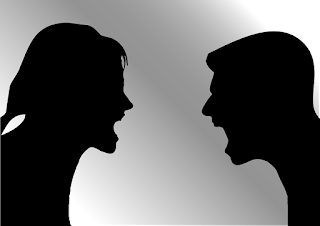 Making fun of people arguing on the Internet is popular these days. This is usually done by those who are inexperienced with it and who get upset easily. However, with a few tips and practice, just about anyone can achieve at least some success on discussion threads. And, honestly, it’s important to call people out on their shit.

You Have the Right to Have Your Opinion Mocked and Ridiculed

Legally, everyone in this great land of ours is entitled to their own opinion. The devil’s advocate types love to point this out. It is also popular among the “pulling sh*t out of my ass” crowd. What they fail to understand and what many people fail to point out is that no one has to have the least amount of respect for our opinions.

Opinions that are not based on any sort of factual evidence should be subjected to the harshest criticism. Too often, otherwise intelligent beings think that their “horse wisdom” or “common sense” is all that is needed to have an opinion. However, just as often, research shows that what were once thought to be “self-evident facts” are not accurate. It is too easy for “common sense” to miss important variables. This is why we'll see scientific studies on hypotheses that may seem obvious to us. "Obvious" doesn't necessarily mean truthful.

When debating with someone on the Internet, it is important to call them out on their BS. When an opinion is stated that I’m fairly certain has no basis in reality, I like to ask them for some evidence for their claim. This is either met with a link to some evidence or something to the effect of “I don’t need evidence: I just know” or “I just have a gut feeling.” For the latter instances, I usually say something along the lines of: “As long as you are well aware that you are basing your opinion on your imagination and not on reason.”
When presented with evidence, you should weigh it with an open mind. What is the source? Is it credible? Does it come from a site that you probably shouldn’t trust? Snopes.com and PolitiFact are your friends and can quickly settle some debates. If their link or other evidence does not back up the point your interlocutor is making, let them know. Also, if you have evidence for conflicting opinions, share that.

The best way to win any debate is to use facts. Your debate partner either has to accept the facts or enter into some cognitive dissonance netherworld.

Also, HEY WEB DEVELOPERS! Here’s a million dollar idea: create a website that features user-submitted claims/arguments/points and has other users come up with counterarguments. Allow up-voting for the best counterarguments. This will make it easy for debaters to find retorts and evidence.

At the Very Least, You Will Get Them to Think Twice

Most of the time, you will not change someone’s opinion about something right away. You may never change their opinion. However, you might help them think more critically about what they are posting. For instance, I visit the comments sections for propaganda machines like Fox News. If a particular commenter says wild things that get plenty of “Likes,” I add them as a friend or follow them. I then call them out on everything they post that is not evidence-based. I usually do this with simple questions like, “Why do you feel that way?”

After you do this enough, they realize that there may be repercussions to posting: They may have to back up their beliefs and opinions. If they feel too lazy to engage in debate or don’t feel like they have good reasoning for their opinions, they are less likely to post. I have seen plenty of my new “friends” severely cut down on their posts. They may just be blocking me out, but I doubt it. Of course, I have no evidence either way. It’s just “a gut feeling.”