Enough with the Nonstop Election Cycle! 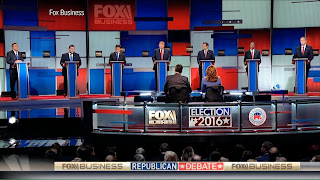 The 2012 presidential election results were barely official when media outlets began covering the 2016 campaign. Frontrunner Hillary Clinton entered the race nineteen months before the election. When there isn’t a presidential election to cover, the media focus on the midterm elections. This is having harmful effects on our elected officials’ abilities to serve us and our ability to remain engaged in the political process.

The media are the main beneficiaries of the nonstop election cycle. They latch on to every little controversy to get clicks and views. It’s essentially high-stakes reality television. We eat that crap right up.

Politicians aren’t big fans of this media parade. They are under pressure to stay in front of as many eyes as possible if they want to serve another term. This is done with lots of money.

The elites want you to become disgusted with the election coverage. They want you to get fed up with the government and to lose interest. And, that’s what many people do. They just decide that all politicians are terrible and that voting is futile.
Politicians get the money to run their campaigns by throwing big galas with high ticket/plate prices. They have to schmooze the rich. They have to exchange favors for money. In other words, bribery is a big part of it. A huge chunk of time is spent trying to raise money to get re-elected. This is time better spent serving their constituents. It would be better if they had time to actually read the bills they were voting on instead of getting in bed with transnational corporations.

We See Its Effects Everywhere

Currently, the Republicans in Congress are refusing to even consider President Obama’s Supreme Court nominee. Their reasoning is that it’s too deep into campaign season to install a new justice. They believe “the people” should decide with their vote for president. This is clearly BS. If the election cycle was shorter, this excuse would go away.
This is typical of what goes on during the prolonged election cycle. Candidates are nervous about voting a certain way because an ad could come out attacking their decision thus hurting their re-election chances. Of course, politicians should be held accountable, but these ads are rarely anything but mudslinging. Political posturing of any type is taking away from the work of serving the American people.

What Can We Do?

In some countries, there’s a much shorter span between the time an election is announced (writ of election) and when the voting actually happens. In 2015 in Canada, it was about two-and-a-half months. That would be like if Clinton announced her candidacy in mid-August. That’s unheard of here. But, maybe it’s worth considering.

Part of the problem is the protracted primary and caucus season. It’s important that the people have a voice in who the nominees will be for the major parties, but this doesn’t have to take place over the course of four or five months. Let’s make them all on the same day much closer to the general election. This will also solve the problem of giving the people of every state a fair say.

We the people have very little power over instituting any of this. However, we do have power over the media we consume. If we’re disciplined and avoid coverage of the election reality TV shows until it’s close to a time when we actually vote, then the media will be less likely to cover it, and we won’t give up in disgust. Vote with our clicks.