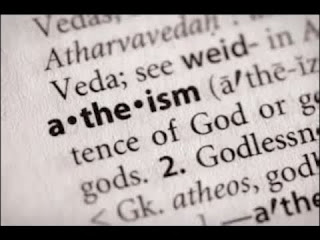 The reason atheists (and agnostics for that matter) are best for this country is that they tend to be able to separate church and state. Yet, when you listen to our current presidential candidates, you can tell they have trouble with this separation. Today, we’re going to look at how this “old time religion” talk is bad for our country.

The Truths Are Self-Evident

This is the oath that all Presidents of the United States of America (POTUS) must make before they take office.

“Congress shall make no law respecting an establishment of religion, or prohibiting the free exercise thereof; or abridging the freedom of speech, or of the press; or the right of the people peaceably to assemble, and to petition the Government for a redress of grievances.”

This is how the First Amendment kicks off the Bill of Rights, which is essentially a part of the Constitution that the President swears to “preserve, protect and defend.”

To be president, you need to be able to put your own religious beliefs aside when making decisions. In practice, this is difficult to do when you are a true believer and your religious beliefs come through in all that you do. In fact, some of the most fashionable religions suggest there is a spot in hell waiting for you if you deny your religion in favor of your country or the Constitution.
Religion in the Context of the 2016 Presidential Race

Religion has come up in debates for both parties. In fact, Bernie Sanders is actually attacked for being a wishy-washy Jew. Judaism being a weird religion where you can be considered a Jew even if you don’t believe in anything. Despite arguments to the contrary, Sanders doesn’t identify as an atheist. And, oddly enough, Sanders is going to meet with the Pope, who sees eye-to-eye with him on greed, regardless of religion.

Atheists have a steep hill to climb if they want to be president. A recent survey found 40 percent of Americans wouldn’t even consider voting for an atheist for president. Only socialists are more despised. It is pretty rare for a presidential candidate to say they are anything other than a Christian, or one of its denominations.

Many of the candidates know how to play the Machiavellian card of at least pretending they are Christian to get votes. You will hear them talk about how God guides their decisions. But, doesn’t this go directly against how they are supposed to conduct themselves if POTUS? There are three possibilities:


Who Would Jesus Vote for?

Jesus stayed out of politics. He didn’t appear to align himself with any government. It is unlikely he would vote. He preferred to effect change through community organizing. Yet, Christians perform Olympic-level mental gymnastics to justify voting for decidedly un-Christ-like candidates.
The bottom line is that religion needs to stay out of politics, and no matter our beliefs, our decision should be based on the president’s ability to fulfill that oath outlined above. If we don’t like it, we can work to amend the Constitution or find a country that forces its religion on us.


What are your thoughts?
Posted by Lansing Foodies at 8:00 AM